States that have legalized marijuana are contending with a new criminal tactic — smugglers who grow and process it for export to states where it’s illegal and worth a lot more.

Colorado is the epicenter of the phenomenon, although it’s popping up in Oregon and Washington too. Now as Maine, Massachusetts and Canada consider legalizing recreational marijuana, the question arises — will the Northeast see a wave of new-age bootleggers? 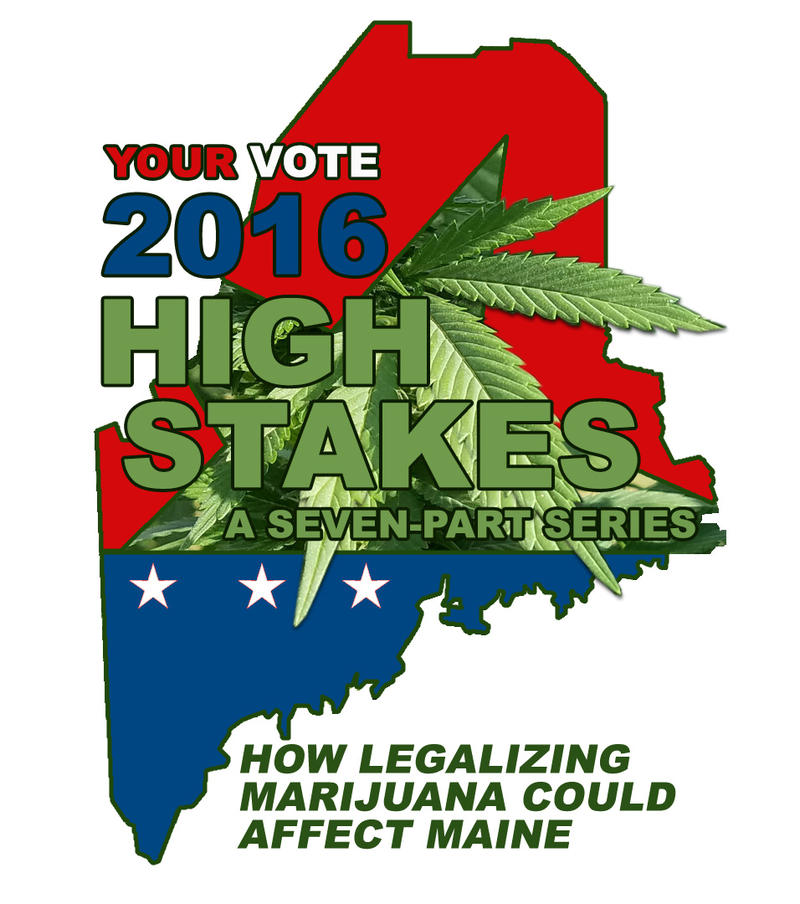 During the Prohibition era, it was whiskey being run from Canada or Mexico to the U.S. Now it’s marijuana that’s being smuggled — from Colorado, where it has been fully legal since 2014, to neighboring states and beyond.

Freedman says organized criminals are exploiting legal loopholes by collecting home-grow licenses that allow for as many as 99 marijuana plants each. And more generally, he says, criminals are using the state’s fully legalized pot economy as cover.

“Different ways you can use Amendment 20 and 64, the medical and the recreational, to kind of cloak yourself in legitimate growing. Unfortunately there are a lot of people who want to do that in order to sell out of state because there’s a huge economic incentive to want to sell out of state right now,” he says.

As in, a pound of pot, worth, say, $1,500 at the counter of a legal Colorado marijuana shop is worth $3,000 or more when it crosses the state border, instantly transmuted into a prized black-market commodity. And criminal gangs are moving in, creating a headache for Colorado law enforcement, danger to public safety and a field day for the media.

The U.S. Drug Enforcement Administration says last year, state highway patrols intercepted more than 3,500 pounds of marijuana that was destined for states beyond Colorado’s border. That’s just a tenth, they estimate, of the actual cross-border market, making it, conservatively, a $100 million-plus proposition. 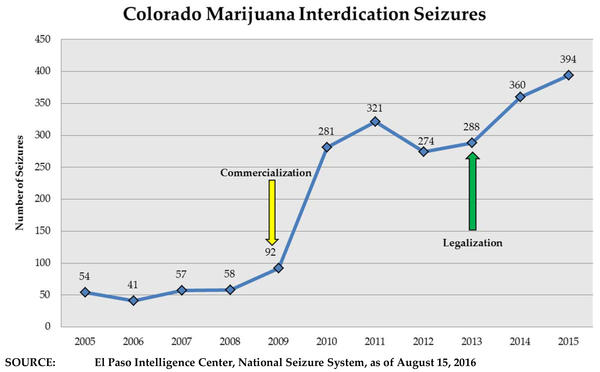 Those numbers do not include busts of some pretty big syndicates, many of them recently involving Cuban nationals shipping product to Florida.

And for Colorado’s neighboring states, it’s a doubly-frustrating problem, because it’s not of their own making.

“In Nebraska, Colorado’s become ground zero for marijuana production and trafficking,” says Jon Bruning, Nebraska’s attorney general, who with his counterpart in Oklahoma is trying to sue Colorado and force it to overturn its marijuana laws. “This contraband has been heavily trafficked in our state. While Colorado reaps millions from the production and sale of pot, Nebraska taxpayers have to bear the cost. Virtually every aspect of Nebraska’s criminal justice system has experienced increased expense to deal with the interdiction and prosecution of Colorado marijuana trafficking.”

One Nebraska study found that border counties saw gradual increases in pot-related arrests, jailings and costs since medicinal marijuana was legalized in Colorado, and a surge in 2014, when the recreational pot law went into effect. But the U.S. Supreme Court recently declined to review the complaint by Colorado’s neighbors, which are looking for other venues to pursue their case.

Meanwhile, here on the East Coast, voters in Massachusetts and Maine are considering full legalization on the November ballot, and Canada Prime Minister Justin Trudeau is calling for legalization there. If those measures are all approved, police in New Hampshire are wondering what it would be like to be nearly surrounded by legal pot territory.

Andrew Shagoury is Tuftonboro’s chief of police, and the New Hampshire Chiefs of Police Association’s point-man on pot. If Maine or Massachusetts does go for legalization, he expects that at the least, problems such as small-scale smuggling and intoxicated driving will spill over the border.

“If more does spill over, the direct effect I suspect will be more accidents with people under the influence — obviously that would be a public safety concern. And I think politically you’d see more pressure for it to pass here too,” he says.

“What’s going to stop a drug cartel from purchasing property, renting property here and running an operation at the property? And that’s something that could be situated next to a school, next to a hospital, in a suburban neighborhood. That’s a real problem,” she says.

But some note that Colorado neighbors such as Nebraska and Omaha have relatively strict marijuana laws, creating a strong incentive for smugglers there. In New England there is a more relaxed culture around marijuana — every state in the region, except for New Hampshire, has decriminalized possession of small amounts of pot and allowed use of medicinal marijuana, perhaps reducing potential black-market demand.

Essentially, says Vermont Attorney General William Sorrell, Vermonters are already growing enough pot to meet most of their smoking needs. But Sorrell is worried about the introduction of edible marijuana products into the regional marketplace.

“And I really think the regulators have to do a lot more effective work on quality control so that buyers know what is the THC content, what is a legitimate serving or portion because I think there has been and will continue to be a problem with overingestion of marijuana,” he says.

There are specific parts of the measures in Maine and Massachusetts that could make it harder for criminals to aggregate licenses for big grow operations. And advocates of ending pot prohibition point to what they believe would be the most effective way to end the black market economy — to legalize marijuana in every state.

To read the rest of the series "High Stakes: How Legalizing Pot Could Affect Maine," click here.

Newly released FBI data show the number of murders in the U.S. rose nearly 11 percent last year and violent crime increased by nearly 4 percent, but crime researchers said homicides and other violence still remain at low rates compared with a crime wave from 20 years ago.

The Issues: How Clinton And Trump Come Down On Law And Order

Law and order has been a major theme this year on the campaign trail. But that means very different things to the two major party presidential candidates.

With just under two months to go before the November election, we're taking a closer look at where Hillary Clinton and Donald Trump stand on issues of crime and policing.

13 Spliffy Jobs In The Marijuana Industry

Say what you will about the morality of marijuana, now that 21 U.S. states — and the District of Columbia — have passed some type of pot-friendly legalization, selling weed is big business.