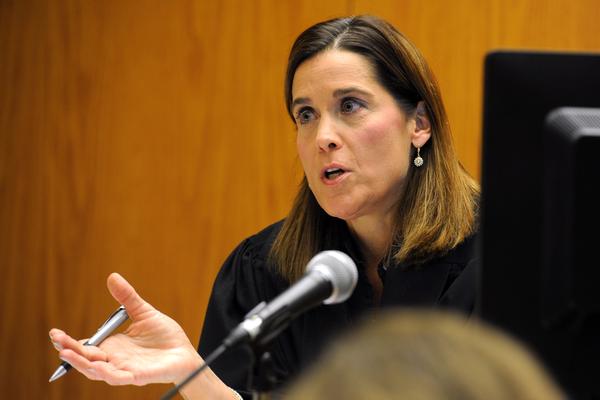 A Connecticut Superior Court judge has declined to dismiss a lawsuit against Remington Arms, the maker of the rifle used in the 2012 shootings at the Sandy Hook Elementary School that killed 20 children and 6 teachers.

"We are thrilled that the gun companies' motion to dismissed was denied," said Joshua Koskoff, attorney for the one survivor and nine families of victims who are plaintiffs in the case, in a statement.

The ruling was mostly procedural in nature.  Along with Remington Arms, the lawsuit names distributor Camfour and the now-defunct gun shop that sold Adam Lanza's mother the weapon he used in the massacre. The gun companies had tried to get the case dismissed by pointing to a federal law protecting gun makers from lawsuits, the Protection of Lawful Commerce in Arms Act.  The PLCAA makes it illegal for most lawsuits to be filed against the maker or distributor of a gun when it is used to commit a crime. They said that PLCAA precludes state or federal courts from having jurisdiction  -- or the authority to hear cases -- over a lawsuit against those gun manufacturers.

Judge Barbara Bellis disagreed, saying that the court did have jurisdiction to hear the case.

The ruling does not deal with the question of whether PLCAA grants gun manufacturers immunity from legal action. Attorneys for the plaintiffs argued there is an exception in federal law that allows litigation against companies that know, or should know, that their weapons are likely to be used in a way that risks injury to others. They said Remington's Bushmaster AR-15, model XM-15 E2S rifle used by Adam Lanza in the massacre at Newtown, Connecticut is a military-style weapon and should not have been sold to civilians.

Both sides are due back in court Tuesday.

With files from the Associated Press

A Connecticut Superior Court judge has ruled that the lawsuit against the maker of the rifle used in the 2012 shootings at the Sandy Hook Elementary School can go forward.

A Connecticut judge has ruled that state police do not have to release documents belonging to Adam Lanza that were seized from his home after he killed 20 first-graders, six educators and himself at Sandy Hook Elementary School in 2012.

New York City filmmaker Kim Snyder’s documentary, “Newtown,” tells the story of the aftermath of the deadliest mass shooting of schoolchildren in American history. On December 14, 2012, 20 first graders and six educators were killed at Sandy Hook Elementary School, in Newtown.

Last month, on December 13, Governor Malloy appeared on our show for his monthly visit. We talked about the budget and the upcoming legislative session, and the issues he hoped to work on in the coming year.

The next morning, everything changed.