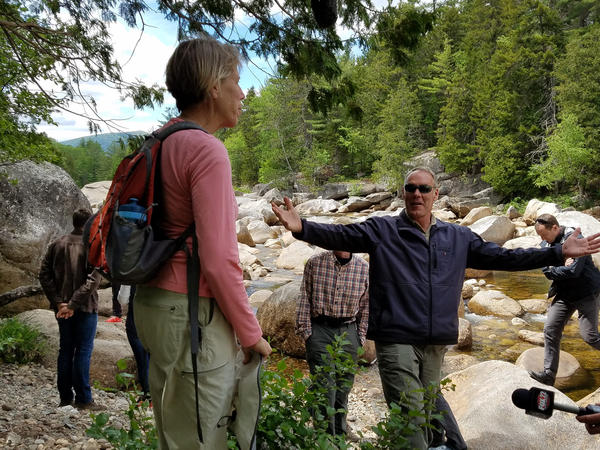 Supporters of the Katahdin Woods and Waters National Monument are going to have to wait to find out what’s in store for the project that encompasses nearly 88,000 acres.

It’s one of 27 monuments that President Trump ordered reviewed in April. And while Interior Secretary Ryan Zinke has met today’s deadline for reporting back to Trump about what changes they should undergo, he hasn’t made them public. That’s causing some anxiety here in Maine and beyond.

In an interview with the Associated Press in Montana, Zinke said he wouldn’t propose any of the 27 monuments be eliminated. But he said he would propose shrinking the boundaries of several and making other unspecified changes. Lucas St. Clair is among those who would like to know what they are. 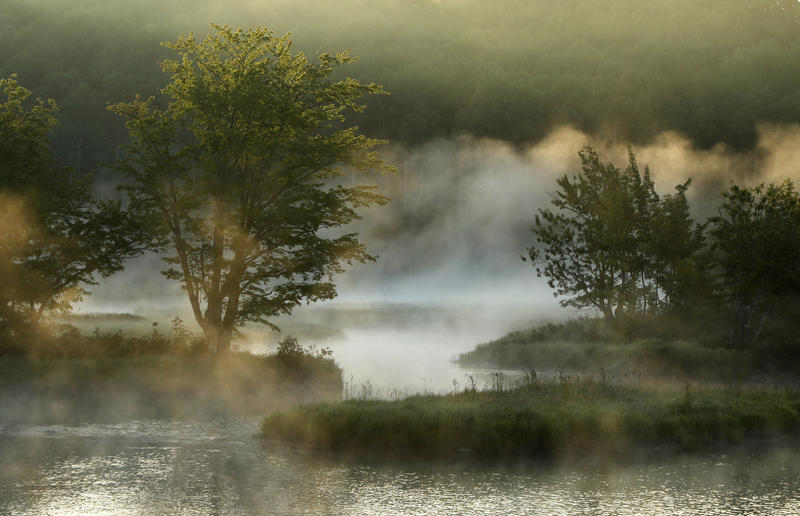 “The details are what we’re most interested in and what happens to this place but for now we’re optimistic and we’ll wait and see,” St. Clair says.

St. Clair is the son of philanthropist and Burt’s Bee’s co-founder Roxanne Quimby who donated the land to the federal government. The land includes habitat for moose, bear and lynx; has historical significance for members of Maine’s indian tribes and because of it sweeping vistas and waterfalls, has become a popular spot for artists like Marsha Donahue whose Millinocket gallery is currently featuring artistic works focusing on the monument. Donahue says the uncertainty about changes to the monument is the biggest cliffhanger in her life right now.

“And it feels that way to me,” says Donahue. “You know, one minute everything’s gonna be okay and the next minute you’re like — gasp! So, I’ve been fine and now that we’re right on the day of the possible announcement, I don’t want to see everything fall apart.”

On a visit to the monument in June, Secretary Zinke suggested that he might like to see more traditional uses on the property. Hunting, snowmobiling and ATVs are confined to specific areas where they make the best sense. And commercial timber harvesting is not allowed. But Zinke hinted that there could be a place for that. He also said he thought that staunch critics of the monument, such as Gov. Paul LePage, members of the forest products industry and some local residents, could be appeased with some changes. The monument is managed by the National Park Service. And Zinke has indicated it will stay in federal hands. But Gail Fanjoy says she’s worried. Fanjoy is the past president of the Katahdin Chamber of Commerce which supports the monument. 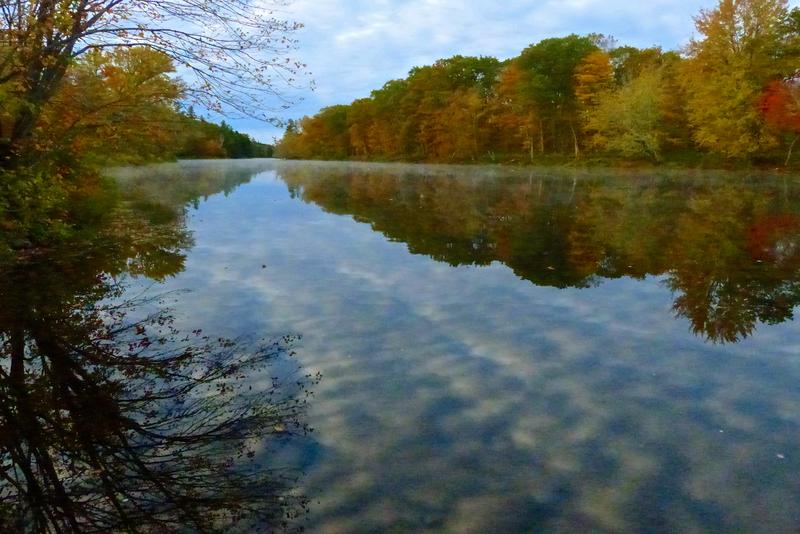 “I continue to be troubled by the notion that the Secretary wants to, quote-unquote, craft recommendations that satisfy all parties involved,” Fanjoy says. “I can’t imagine what the Secretary would propose that would change their opinion while maintaining the integrity of the monument and honoring the intent of the family who donated the land to the federal government.”

Environmental groups around the country were swift to criticize Zinke for not being transparent about his recommendations and for proposing to rollback protections for lands and waters under monument protection. They say he is also ignoring overwhelming support for keeping them intact. Meanwhile, the man whose job it is to welcome visitors to Maine’s monument and make sure it’s managed as well as possible, says it’s business as usual for him. Tim Hudson says about 4,000 cars have come through this past year. People are showing up to camp and hike. And so far, he says, nobody has gotten lost or hurt.

“To my knowledge the biggest emergency incident we’ve had is a flat tire,” Hudson says.

Hudson was passing out birthday cake in his office Thursday morning, celebrating the one-year anniversary of the monument’s designation by President Obama and the news that it will remain on the map.

This story has been updated from an earlier version.

Lobster populations in Southern New England are in dramatic decline and recovery is not likely to happen anytime soon.

Connecticut’s Department of Energy and Environmental Protection is going public with updates to a plan it hopes will reduce carbon emissions and increase supplies of renewable energy.

The U.S. House of Representatives has voted to stop Plum Island from being sold to developers, a move that would protect the diverse wildlife and ecosystem there.