The relationship between roughly 3,000 Massachusetts residents and the expanding menu of Bay State gambling options will form a unique data set for researchers around the globe, and a top gaming regulator hopes it will eventually rank among the most historic scientific surveys.

The cohort study – which has cost around $3 million so far – is the only one of its kind in the world to begin collecting data on gambling behavior before casinos throw open their doors, according to Rachel Volberg, a professor at UMass Amherst and lead researcher.

Surveys conducted almost entirely before the opening of the state's first slots parlor in 2015 appear to show that Massachusetts had more new cases of problem gambling than other jurisdictions, according to Volberg, who presented some initial findings to the Gaming Commission on Wednesday.

So far, all of the data presented was collected before the introduction of casinos, which are scheduled to open over the next 18 months.

Gaming Commission Chairman Stephen Crosby said the structure of study would "ideally" look something like the Framingham Heart Study, which recruited thousands of Framingham residents to shed light on cardiovascular disease starting roughly seven decades ago.

The Massachusetts Gambling Impact Cohort Study – or MAGIC – first surveyed 4,860 people and then developed a cohort of 3,139 people that researchers will regularly check in on, enabling them to watch trends and witness individual narratives as gambling develops a further presence in the state.

Volberg: To my knowledge, this is the 1st time anywhere in the world that a government agency has committed to this type of baseline study prior to the opening of a casino. It is a "groundbreaking opportunity" for researchers. #ResearchAgenda #MAGICCohortStudy #macasinos— MA Gaming Commission (@MassGamingComm) January 10, 2018

The longitudinal study will create a "fine grained" picture of the populace that Volberg said provides a "tremendously groundbreaking opportunity for someone like myself."

"Because you're following the same people you can see changes in their status," Volberg said.

A decade-long study would be a good timeframe, according to Volberg, who said she can't yet put an expiration date on the study. The size of the cohort will shrink over time for a variety of reasons and long-term studies sometimes "refresh" the participants, she said.

"The longer you can keep someone in a study like this, the richer your data become," Volberg told the commission.

Between an initial survey in 2013-2014 and a 2015 survey, researchers detected a small but statistically significant increase in "overall gambling participation as well as in participation in casino gambling and horse race betting."

About 95 percent of the 2015 surveys were completed before Plainridge Park Casino, the state's first slots parlor, opened in June of that year.

The Massachusetts Lottery, race tracks, casinos in other states, bingo and informal card games have long offered Bay Staters opportunities to wager. The casino MGM Springfield plans to open in the third quarter of this year. Wynn Boston Harbor plans to open its Everett casino on June 24, 2019.

A wave of surveys were collected from 2,455 participants between April and August of 2016, according to Volberg, who said there will be a preliminary presentation of the findings from that wave of surveys to a select group in May. 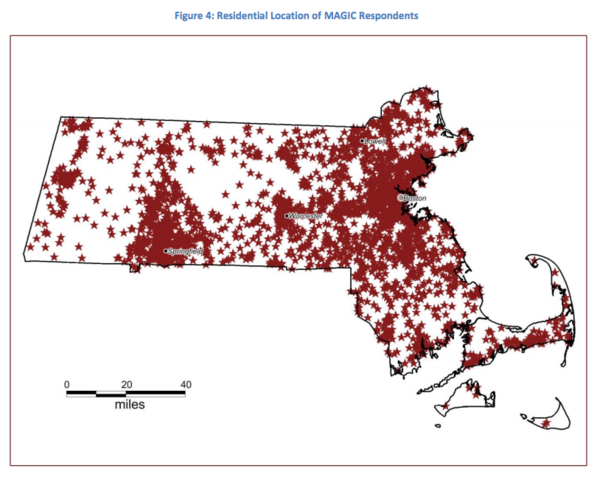 After going without a survey in 2017, the study will do another wave of data collection starting this March, according to Volberg. Even if members of the study cohort skipped participation in one wave, the researchers will return to survey them for subsequent waves, Volberg said. There will be another "big snapshot" of gambling in Massachusetts conducted in 2020, she said.

Volberg, who has worked on other studies around the world, said there is a lot of interest in the research underway in Massachusetts because it began collecting data before casinos opened.

"For the first time, we have a baseline for everything," Crosby said.

This report was originally published by State House News Service.

Last week, state lawmakers decided to allow some people with criminal records to work in casinos. The head of MGM Springfield said the company is "very excited" by the change.

The nearly billion-dollar MGM casino in Springfield is slated to open this time next year. That's the company's expectation, and it's certainly the hope of Steve Crosby, chairman of the Massachusetts Gaming Commission.