This week, Newport is hosting a first in the sailing world: the J Class world championships. J Class yachts are rare, and they’re huge.

Picture a sailboat about as long as a basketball court racing around Newport Harbor. These impressive boats will be on the water through Saturday. 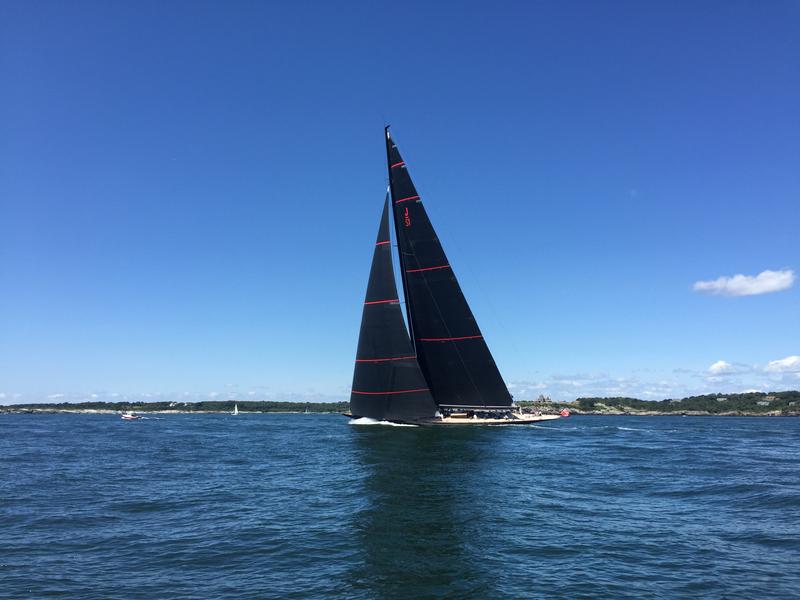 J Class boats are different from the high-tech carbon-fiber catamarans used in modern-day racing. These long, wooden yachts are a throwback to the America’s Cup races of the early 20th century.

“At their time, in the 1920s and 30s, they were the absolute bleeding edge of yacht design, of crewing ability, of sail design,” said Andy Green, a highly sought-after race announcer in the sailing world, walking along the docks at the Newport Shipyard & Marina, where several J Class boats are moored.

“These boats have been coming up here for the season of racing for 100 years,” said Green.

These boats are refurbished originals or new constructions built using Jazz Age designs. Today there are only 11 official J Class boats in existence. Six of them are here in Newport, an extremely rare event. To give you a sense of scale, these slender boats are longer than a tennis court. They’re sleek and sit low to the water.

“The idea of the design is there’s a huge overhang at the front and the back,” said Green. “And what happens is when the boats put their sails up and they tip over the whole length of the boat ends up being in the water.”

It’s a dramatic sight: a massive boat leaning at a 45 degree angle toward the water as its sails catch the wind. A boat can look like it’s about to capsize. It probably would if not for the crew members, who must run to the opposite side of the boat to counterbalance the vessel.

“You’ve never seen anything like this before,” said sailor Ken Read, skipper on the J Class yacht Hanuman.

“If, all of a sudden, a bunch of hot air balloons flew over the harbor, you’d stop and go, ‘my goodness that is wild.’ It’s got that same aura to it.” 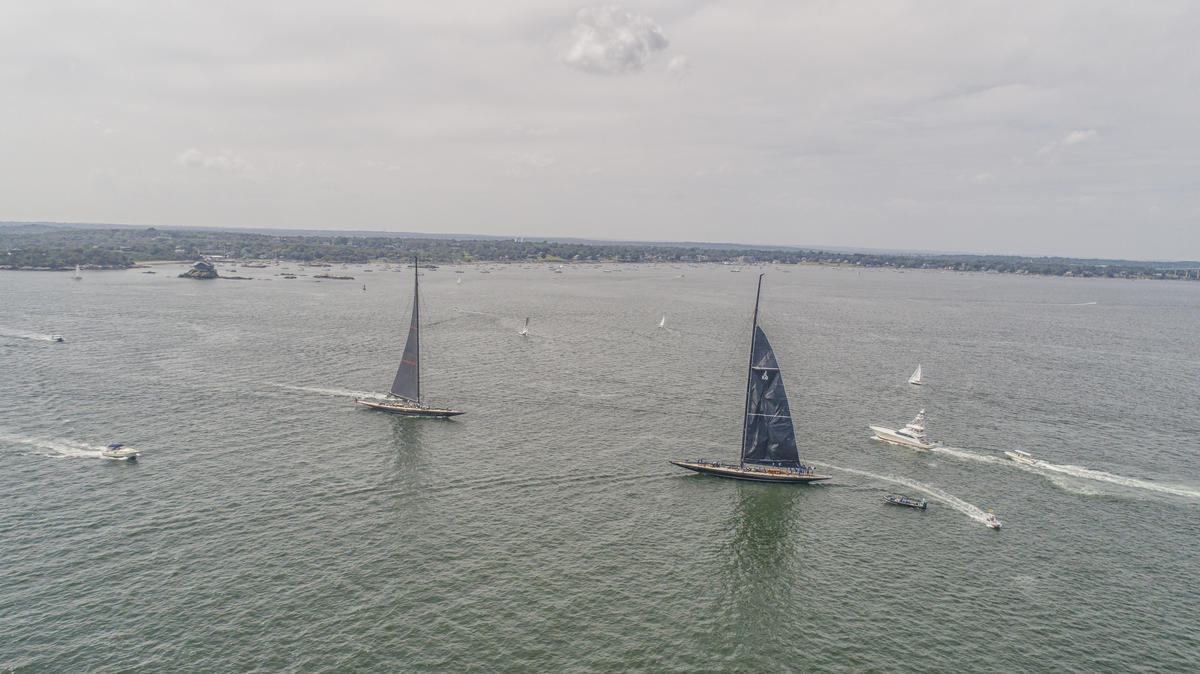 “I have to adapt to sailing a boat that maneuvers very slowly,” said Read. “You turn the wheel, and essentially you count to five Mississippi before anything starts happening, so it’s tons of anticipation.”

Speed is not what makes this race dramatic. The boats will only reach a top speed of about 12 knots, around 13 miles per hour. The real spectacle is the size of the boats, and the dozens of people it takes to race them.

“It’s real choreography,” said Read. “We have what we call the playbook, and it is a full blown playbook of every single maneuver. Who does what, who touches what, who pulls this rope, who lets this one go, who raises, who lowers.”

Read said it’s strenuous, athletic work. And there’s the real possibility a sailor could fall overboard. Then there’s the force exerted by the wind, the ocean, and the crew physically pulling on the boat as it moves through the water.

“We’re not naïve enough to understand that when you’re talking about the loads on these boats, massive loads, if you’re not in the right spot at the right time, people can get hurt, so we also take the safety aspect of it very seriously,” said Read.

On a dazzlingly bright day before the start of the championships, in a much smaller boat, race announcer Andy Green motored out of Newport Harbor.

“We’re going past Goat Island, and on the left is Fort Adams, and there’s the Pell Bridge,” said Green. “So a couple of the races for the J boats will start right here in the bay.” 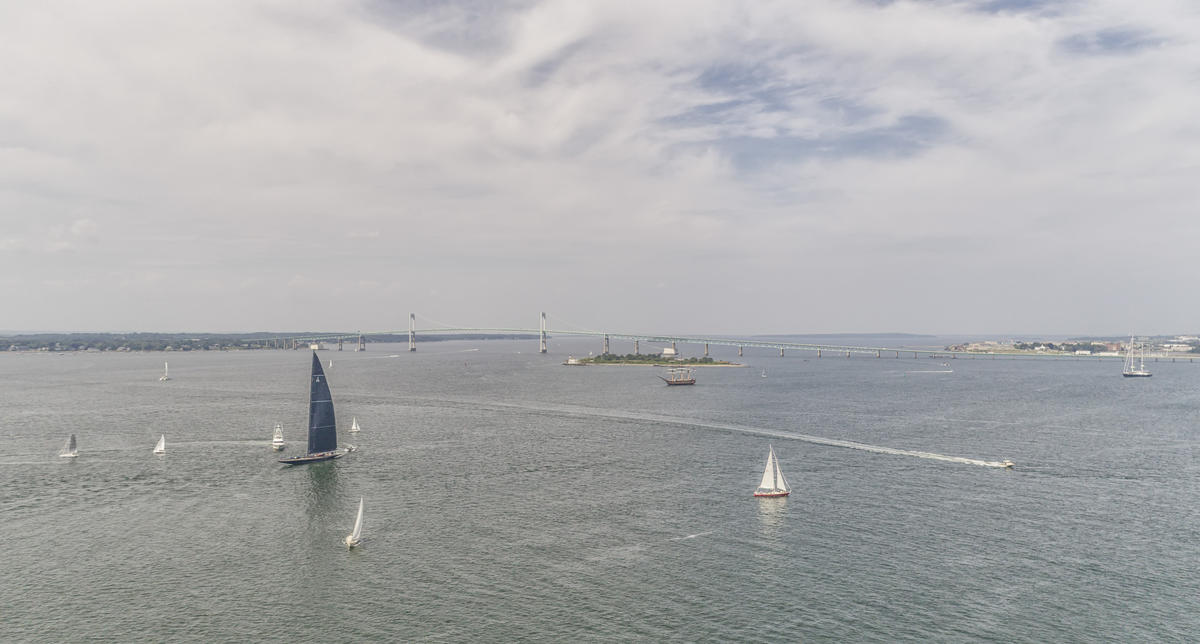 On race days no one else will be allowed out here. In fact, smaller boats will be on the water clearing the course for the J-Boats. But Green said spectators will still get a great view from land.

“It’s really about seeing them in person,” said Green. “It’s seeing the power, the majesty, the sail area, the 35 crew on each of the boats, seeing them trying to maneuver around each other.”

Skipper Ken Read says events like these are an economic boon to the tourism industry, and they celebrate the natural beauty of the ocean.

Sailing may not have the mass popular appeal of football or baseball. And many people won’t have the opportunity to step aboard boats like these, but the races are free, for anyone who can get to the shoreline to watch.

For years, scientists have been warning about the transformation of Cape Cod’s seashore due to climate change. Now they’re saying the Cape’s other waterways, especially its hundreds of kettle ponds, are also affected.

The Trump administration is considering significant cuts to the United States Coast Guard and other agencies to pay for the proposed border wall and other immigration enforcement measures.

Yesterday, a new report was released with suggestions for how Seacoast communities should prepare for the effects of climate change. The document could influence town planning and development in the region for years.

The report came from the Coastal Risk and Hazards Commission, which was created by the legislature back in 2013. It had 37-members representing Seacoast towns, state agencies, and private-sector interests.