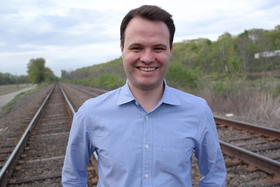 One of the items that did not make it to the final version of the $40 billion state budget approved a week late by the Massachusetts legislature was a high-speed rail study.  Specifically, a requirement that MassDOT do a report on the costs and benefits of linking Springfield and Boston via high-speed rail.

The sponsor of the measure, and others, are asking why the study was killed.

State Senator Eric Lesser said he’s received no explanation why his proposed feasibility study of east-west passenger rail service was removed by the six-member conference committee that put together the final state budget during weeks of secret negotiations.

The Democrat from Longmeadow said he is “very disappointed” because he worked to line up bipartisan support and secured endorsements from the greater Boston and Springfield Chambers of Commerce and Springfield Mayor Domenic Sarno.

"The senate has now passed this item three years in a row on unanimous bipartisan votes, so I think  the public should be frustrated about this and should ask questions about how this got held up and why," said Lesser.

State Senate President Stan Rosenberg of Amherst told the Daily Hampshire Gazette, “We have to get to the bottom of why we are having problems getting this study done.”

In an email to Baker, obtained by MassLive, Picknelly complained that rail should not be the only transportation mode studied, and suggested looking at such things as bus express lanes.

Picknelly told the Gazette he did no lobbying on the issue this year.

Democratic State Representative Stephen Kulik of Worthington, a member of the budget-writing conference committee, said he was focused on the difficult challenge of balancing the budget in the face on plunging revenues and not on so-called outside sections that did not impact the bottom line.

" The longstanding policy of the House when we reconcile the budgets has been to let initiatives like that move through the committee and hearing process and not tack a lot onto the budget that  are  unrelated  to the budget," Kulik said.

Two transportation studies pertaining to western Massachusetts did make it into the final budget. One calls for MassDOT to look at adding an interchange on the Turnpike between Westfield and Lee. The second is a study of seasonal rail service between Pittsfield and New York City.

Lesser, and other advocates for improved east-west rail service, argue it is vital to linking western Massachusetts to the fast-growing economy in greater Boston.

Rick Sullivan, director of the Economic Development Council of Western Massachusetts, also decried the failure to greenlight the study.

"To not even do the study to further it along to another step is really just an opportunity lost," said Sullivan.

Lesser is certainly not giving up.

" Absolutely not. No," he said. " We've been inundated with emails and calls ( since Friday) from people frustrated by what happened and it has double downed our resolve to get it going again."

The bill he has filed to require MassDOT to do the feasibility study must work its way through a legislative process that includes a committee review, and multiple readings in both the Senate and House.   Attaching it to the budget was more expeditious.