Unlike large hydropower dams, where there's often serious political and emotional resistance to removal, conservationists are finding many landowners of small dams are happy to have them removed.

The rivers and streams of New England are littered with thousands of dams, and many of them are no longer actively doing anything other than clogging waterways.

The dams range in age — some are over a century old, others were constructed in recent decades. In fact, some Vermont dams that are being taken out of rivers were built in a relatively recent wave of federally subsidized construction.

In the 1980s, the federal government helped dam owners to repurpose dams and develop small hydropower, with the goal of creating more local renewable energy sources. Some of the subsidies came in the form of paying a higher price for electricity generated by small hydropower.

But Chris Kilian with the Conservation Law Foundation says once those federal subsidies went away, most of the dams weren’t economically viable.

"Periodically you'll hear people push for, 'we should be repowering lots of dams,'" says Kilian. "Many of these ones that were repowered are now shut down because they were completely marginal."

Yet many of these defunct dams are still lingering in the river, blocking fish passage and affecting water levels and water temperature.

On a recent sunny afternoon in eastern Vermont, a clear, forceful flow of water is making its way directly downstream for the first time in 30 years.

"I'd say right now about half of the concrete is gone — they've been working all morning, hammering away at the concrete," says Rhodes.

This particular dam was a project that Howard Geer, an engineer, had researched and designed himself.

Geer has since died, and his daughter isn't sure if this dam was part of the 1980s subsidized wave of new small hydropower dams. But it seems like it was — Geer filed paperwork with federal agencies to connect his hydropower dam to the grid, which suggests he was paid for the electricity the dam generated.

Yet, fast forward a few decades, and Rhodes says the same dam is listed on a state survey as a priority for removal because of the positive impact it could have on local species.

"So we'll have fish passage for brook trout, especially our Vermont state cold-water fish, but also other species: there’s sculpin and dace and other minnows that live in here," says Rhodes. "It opens 17 miles of river."

Rhodes and the local conservation commission wrote grants to drum up the $100,000 needed to fund this project.

One of the current landowners, Judy Geer, says the decision to remove the dam made complete sense, because it was no longer operational and opening the river would greatly expand fish habitat.

But it wasn't easy to say goodbye to a project her engineer father had built.

"It was an emotional thing for us, because it was these memories of dad and how excited he was about it and all the work he put into it," she says.

To that end, she worked with Rhodes in order to keep some of the structures along the riverbank, including the old stone powerhouse. For the Geer family, that compromise was enough.

But the emotional attachment to dams is a real player in many decisions. Dams change the landscape and become a part of people's attachment to their home.

"A lot of people in our town want the pond back," says Colchester homeowner Kim Scofield. "There was a lot more activity that you could do, the wildlife was different. They miss the beauty of the pond. They miss the idea of the pond."

Scofield recently bought a home along Indian Brook in Colchester, Vermont. She didn't fully appreciate what it meant that she was also buying a dam — a 150-year-old, defunct dam and the remains of the millhouse along the riverbank.

It's been years since the Mill Pond Dam actually created a pond upstream; it's currently breached and water flows over the top of the concrete structure.

"At first I thought it was kind of cool," says Scofield. "'Oh cool, I own a dam.' ... I didn't really know all of the ramifications of owning a dam." 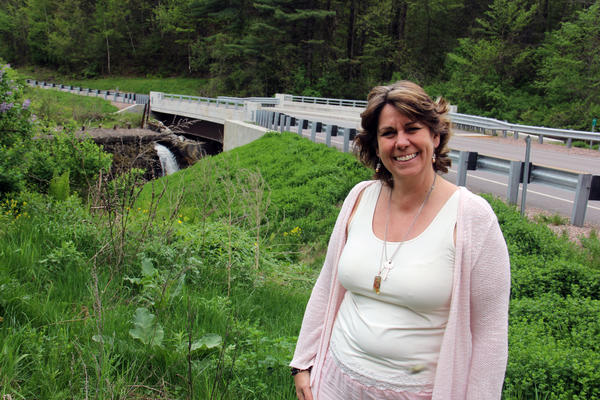 Scofield says when she went to get her homeowners insurance, she was advised she'd need additional coverage because of the dam. That ended up costing about $50 more per month, and there's a $300 annual state inspection fee.

Then there are safety issues to consider: Even though the dam is breached, water still backs up, creating a swamp and sometimes flooding Scofield's basement. It also creates ideal mosquito breeding grounds.

Scofield says she thought about restoring the dam to make electricity, but she says to get a big enough turbine to power her home would cost around $200,000.

"You look on YouTube, and you see these people that put water wheels in the river and are generating — it generates about a lightbulb's worth of electricity," she says.

More importantly, Scofield wants to restore the river and to allow fish to come upstream from Lake Champlain. She's working with the Vermont Natural Resources Council and the Nature Conservancy to see about having the dam removed. She just received word that one grant has come through to fund a preliminary investigation to study the impact of removing Mill Pond Dam.

Scofield says she's excited about turning her swampy area into beautiful riverfront property, which is also less likely to flood her basement.

Scofield and the Geer family aren't the only dam owners interested in restoring rivers. Rhodes says he's working on 12 dam removals, and more than half involve private landowners.

Disclosure: The Nature Conservancy is a VPR underwriter.

This report comes from the New England News Collaborative. Eight public media companies coming together to tell the story of a changing region, with support from the Corporation for Public Broadcasting.