Ready Or Not: Remembering The 1938 Hurricane, 80 Years Later

Rhode Island and the South Coast recently experienced the aftermath of Hurricane Florence -- nothing too major, just a few inches of rain. However, this time 80 years ago was a completely different story.

In the afternoon of September 21, 1938 without warning, winds more than 100 miles an hour whipped the region and tidal waves about 30 feet high destroyed homes and cottages. Hundreds of people lost their lives, and when it was all over, millions of dollars worth of damage was left behind. 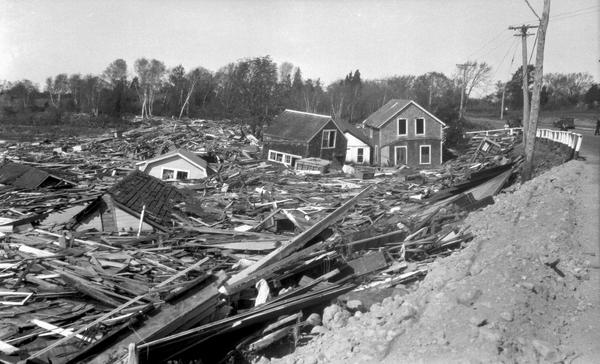 There aren’t too many people still around who lived through this catastrophic storm, but one man from Westport who gives lectures on the town’s history remembers that day. His name is Carlton Macomber.

"I also have a nickname. In the fifth grade in 1937, a Polish boy called me 'Cucumber Macomber,'" he said.

He said that nickname spread through his school like wildfire. So he just started going by "Cukie" and the name has stuck ever since. 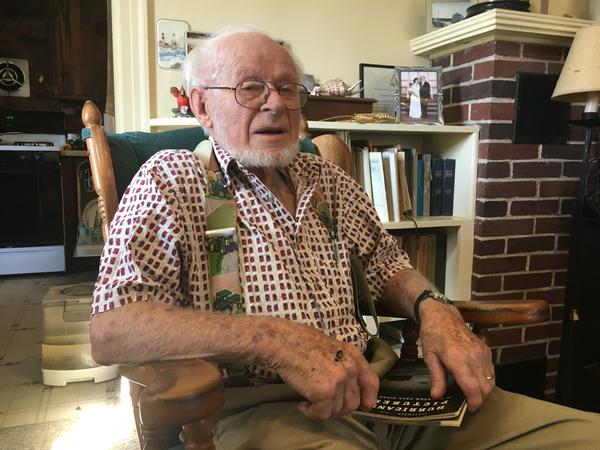 "Cukie" was just shy of his thirteenth birthday when the 1938 Hurricane rolled through.

"I came home from school that day. It was about noontime and the sky was a faint yellow color way up high, a faint yellow. I never saw that before," he said.

"Cukie" remembers his younger brother telling him about his ride home on the school bus when they drove over a bridge on the Westport River.

"He said the water was so high it came right in the bus, right over the floor. Now, the next morning the bridge was not there," he said.

Fortunately, their home was spared by the storm. However, two family friends, Charlie and Elma Soule, who visited Cukie’s mom that day weren’t so lucky.

"My mother said, 'That wind is blowing real strong, why don’t you stay here until the wind dies down?' And Charlie said, 'I’ve seen plenty of wind at East Beach, we’re going home,'" "Cukie" said. "Well, they found the two bodies in what is known as the let part of the Westport River."

The city of Providence didn’t fare any better. Almost 14 feet of water surged into downtown and people drowned trying to escape. 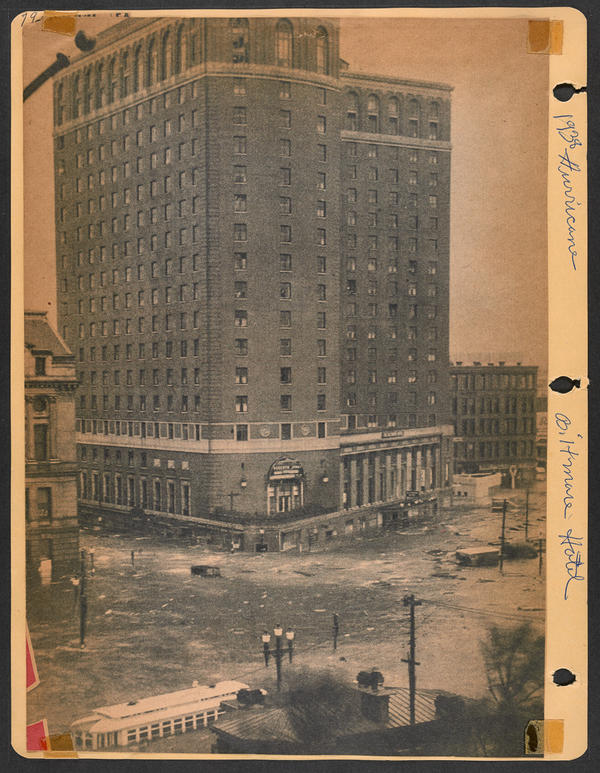 Back then, it may have seemed impossible that New England could ever experience a storm like that again, but as the earth gets warmer, the region could see even stronger hurricanes.

"We know that the warmer the water is, the stronger the hurricanes can become, and with global warming, we know that the ocean is getting warmer and the temperature will continue to increase in the near future," Isaac Ginis, oceanography professor at the University of Rhode Island, said.

But regardless of how climate change might affect hurricanes, some New Englanders still love living close to the ocean. and not necessarily just for the beaches.

Westerley resident Alex Nunes, for example, said he and his wife wanted to move their family out of a cramped spot on a busy street in Providence. Westerly had everything they were looking for: good home prices, good schools, and a suburban feel. 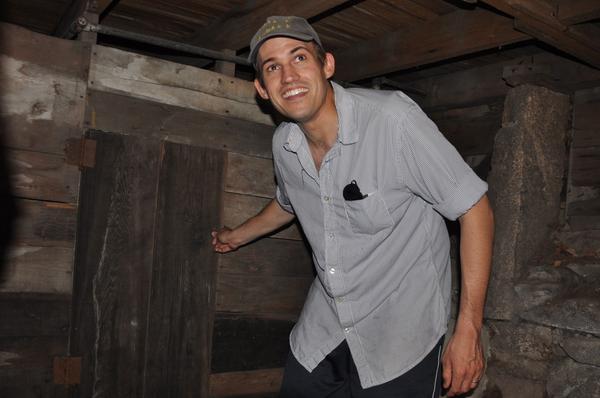 Nunes is a journalist and worked for Rhode Island Public Radio in the past. Now, he’s the news editor for the Westerly Sun.

At a previous job, he covered flooding in Westerly after Hurricane Sandy. However, Nunes didn’t consider that when he decided to move there.

"The mind kind of does this, you see a house that you really like and the price works for you and you see the yard and you can picture your kids running around in the backyard and the life you’re going to live in that house," Nunes said. "Then you think, 'Oh, I guess this is an area where hurricanes sometimes come,' but then you think, 'Oh, maybe it won’t be that bad.'” 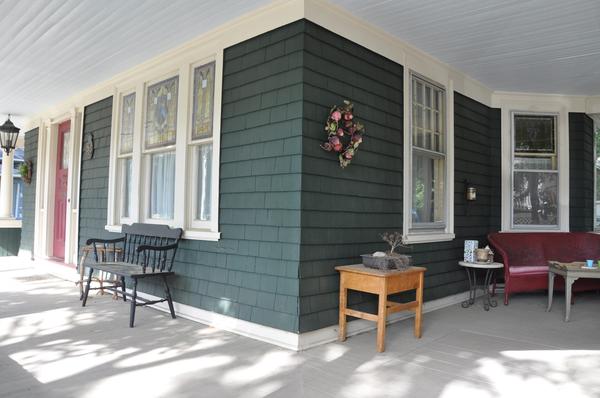 Nunes said he feels optimistic about the future because he said his house is far enough away from the ocean and it's slightly elevated. But still, he said thinking about climate change makes him nervous.

And maybe he has a good reason to worry.

Scientists are now starting to study how climate change could impact the pace of hurricanes, which could lead to more intense inland flooding.

URI Professor Isaac Ginis said the speed of a hurricane is connected to the jet stream, which is like a river of wind that twists and turns about 30 thousand feet above the earth as it steers the weather on the surface.

How quickly the jet stream moves west to east, Ginis said, depends on what’s happening in the atmosphere around it.

"The strengths of the jet stream is determined by the temperature gradient between the warm air in the tropics and the cold air to the North," he said.

Ginis said the air temperature in the Arctic, however, is warming quicker than other regions, which means the jet stream could move slower, causing hurricanes to slow down too. 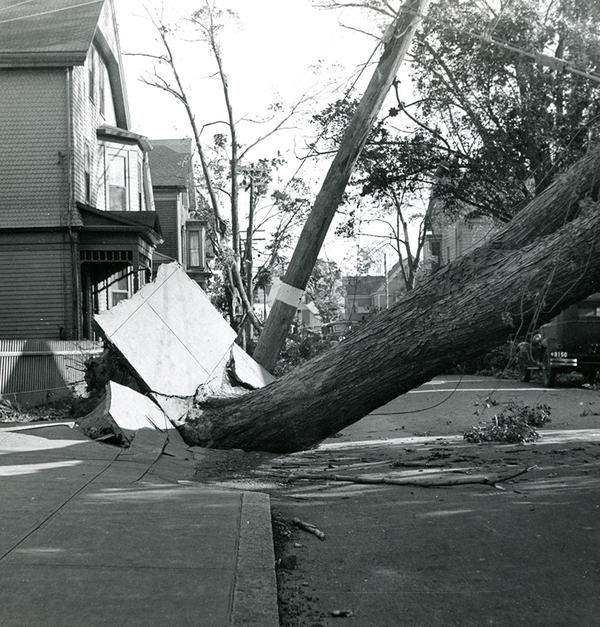 Ginis said that could be a problem for Rhode Island.

"Our rivers are relatively short and they can fill up rather quickly with a strong rainfall, and so if a hurricane would slow down or stall in the same location for two or three days, we estimate it could bring very significant inland flooding," he said.

Ginis said that means the hurricane barrier in Providence that was built in the 60s wouldn’t be very helpful since it could create a pool effect, trapping the flooding from rivers inside the city.

There is some research going on at URI to improve hurricane models. Ginis said they’re looking at things like better-predicting how a storm could impact infrastructure, like roads.

"We just don’t see frequently hurricanes in our regions and it’s easy to just push aside and not think about it, but we should," Ginis said.

Ginis said the goal is to provide more information to residents so they can be safer and to better-prepare emergency response teams so they can save more lives.