While Vermont is by far the highest producing maple syrup state in the United States, 70 percent of the world's maple syrup is made in Québec.

And that's where the benchmark global price for bulk maple syrup — the price paid by processors to Vermont's maple syrup producers — is set each year by a powerful, but legal, cartel.

The Québec cartel has been largely successful in stabilizing prices in an industry where the supply is never predictable because of weather.

Because weather is often fickle, drums of maple syrup are stacked at the Global Maple Syrup Strategic Reserve in rural Québec, three hours drive east of Montréal. The reserve is managed by the Federation of Québec Maple Syrup Producers, a government-sanctioned union of syrup producers.

Surpluses are stored in good years, and it's from the reserve that syrup is released in down years.

"Because Mother Nature, she's not generous every year,” explains Simon Trépanier, executive director of the federation.

“How can you stabilize the supply to Costco, to Walmart, to Sam’s Club if you don't have a reserve,” he asks rhetorically.

More from VPR — From Backyards To Big Business: Outside Investors Tap Into Vermont Maple Syrup Industry

The federation has been described as "the OPEC of maple syrup." Today, a barrel of maple syrup is worth about $1,200 — that's around 18 times the value of U.S. crude oil.

And a statistic such as that represents a powerful incentive to steal syrup.

The painful realization that so much of a valuable commodity had been stolen came after the federation found water in barrels. Criminals had run a slow-motion siphon operation for months. 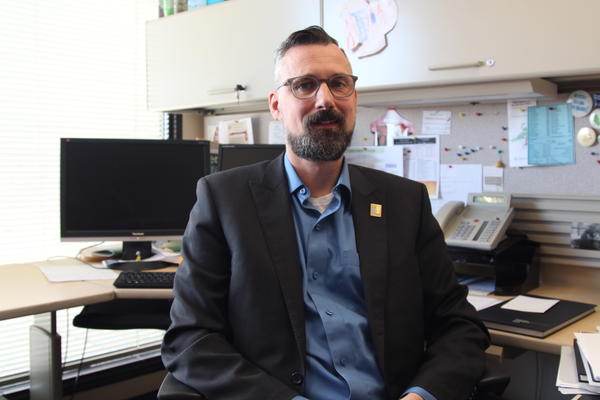 To maintain prices, the federation and its accredited buyers negotiate the global benchmark price. With the exception of small containers of less than 1.3 U.S. gallons, all Québec producers must sell their syrup exclusively to the federation. The federation also sets quotas on how much a farm can produce.

“The system that's in place, the supply management system, is good for Québec producers and U.S. producers because it guarantees good prices and that allowed U.S. producers to actually expand rapidly in the last few years,” explains Pascal Thériault, an economist at McGill University's Faculty of Agricultural and Environmental Sciences in Montréal.

The federation takes in the equivalent of 11 U.S. cents per pound of syrup produced. One gallon of syrup contains 11 pounds. The money taken in by the federation is deployed in research and promotion of maple as a natural sweetener.

But there are producers who don't want to be in a union.

"And this is our life,” says Nicole Varin in her sugarbush in Oka, Québec, a village on the Ottawa River northwest of Montréal.

Varin and her husband Harold run 30,000 taps. Harold's grandfather started the operation, and they make syrup and added-value products like maple butter and gourmet candies. 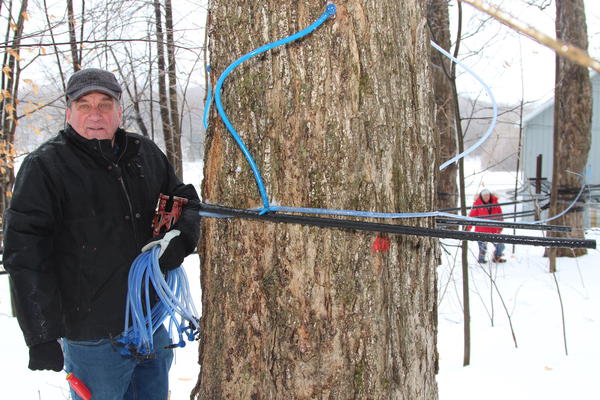 The Varins will not join the Federation of Québec Maple Syrup Producers. The couple see their refusal as existential: They want to remain independent entrepreneurs.

"If they don't have customer, they need the federation,” says Nicole Varin, referring to producers who have not developed a customer base as she has for years. “But I don't need [the] federation."

The Varins are facing fines of more than $400,000 (USD) for working outside the cartel. Dissidents across Québec have been raided, their syrup seized and their farms put under surveillance.

“A Vermont producer can come here and sell syrup,” says Harold Varin, in French. “I live here and can't sell my own product on the open market."

The Varins are among approximately 100 or so defiant producers. They don't want quotas while competitors outside Québec expand to meet rising demand, competitors who benefit from the federation's work at market stabilization without having to pay a cent to the federation.

However those 100 opponents represent a tiny island in a sea of 13,500 producers who have joined the federation.

"It isn't pretty but the rules are established,” says David Hall, a producer in the federation who lives near the Vermont border. 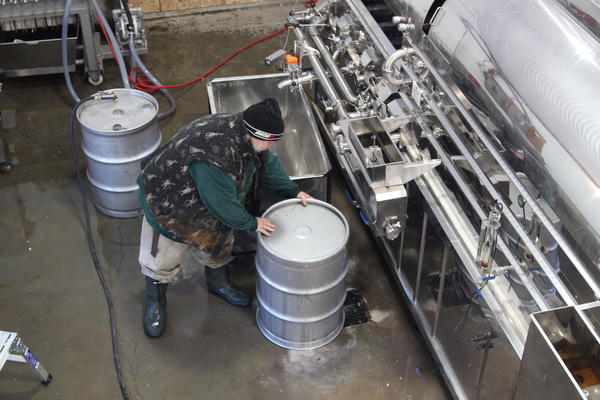 Hall explains that his land is worth more with a quota than without, because lenders know the federation will buy his syrup. He bought a neighboring farm last year.

"Within 24 hours, you know, we had approval for a loan over a million dollars, and we're by no means rich people. You know, it's given us stability,” Hall says of the federation.

Hans Mercier is an attorney who has represented some of the disaffected producers, and he says the federation is a powerful, well-financed lobby.

In 2010, Mercier won a decision against the imposition of fines such as the penalties the Varins now face. After appeals and a hearing before the Superior Court of Québec, the Québec government of the day decided the fines would remain intact.

“If the system is good,” Mercier said, “you should not have any problem convincing people to be in it willingly.”

It has not happened yet — and is unlikely in the short term — but rising production outside Québec may one day threaten the federation's control in price-setting.

"As U.S. production or out-of-province production increases, that relative weight of the federation is shrinking,” explains McGill University’s Thériault. “And there might be a tipping point where that supply management system in place will not be as efficient as it is right now."

For Vermont and other U.S. producers, that would mean at least temporary price uncertainty in a maple market which the federation in Québec has worked for years to stabilize.

As the nation's dairy farmers struggle through their fourth year of depressed milk prices, concerns are rising that many are becoming depressed themselves. The outlook for the next year is so bleak, it's heightening worries — especially in the Northeast — about farmer suicides.

Agri-Mark Inc., a dairy cooperative with about 1,000 members, saw three farmers take their own lives in the past three years. The most recent was last month. It's a very small sample, but very sharp and disturbing increase.

Organic dairy farmers are getting paid less because of an oversupply of their milk, a market glut that’s led one major organic buyer to delay signing on new farmers.