For the first time in decades, the length of the U.S. ski season is shrinking. And as climate change curtails winter’s length, an industry transformation is under way: one expert says most ski mountains in southern New England could be out of business in 25 years unless they diversify their offerings. But ski areas in northern New England could benefit.

The region’s weather had been up and down this winter – including here at Sugarloaf, in western Maine. But skier Ken Ericson says it could be worse – some mountains in New England’s southern tier have seen very poor conditions, and ski refugees are trekking north.

“This year they’ve struggled,” says Ericson. “You know how we know that? When it gets like that they all come up here and you see them on the lift.”

Ericson, whose permanent home is Gloucester, Massachusetts, has been skiing here since the 1970’s. He says weather volatility is always an issue in the sport – but the threat of climate change frightens him.

“I have big concerns about it,” Ericson says, “And I can see the season getting very short.”

The U.S. ski season is shortening up, after a prolonged period when advances in snow-making were helping to extend it. Daniel Scott directs the University of Waterloo’s Interdisciplinary Centre on Climate Change, in Ontario. He says a continuing warming trend – as well as more extreme temperature swings – seem to have put the brakes on that snow-making expansion.

“We may have reached a sort of peak-season era in the 2000’s when we had a lot of snow-making penetration,” says Scott, “And it’s still growing in different markets – but now the climate has shifted just that much that in these last five years anyway the average season-length has tipped down for the first time in over thirty years.”

Scott has a sobering analysis for the Northeast: even under the most optimistic climate-change models, all ski areas in southern New England will no longer be economically viable by 2040. That is, not if their revenue stream depends on reliable snowfall, particularly during the crucial Christmas-to-New Years holiday week.

Lower-altitude resorts are most vulnerable – by Scott’s account, low-snow casualties will include Mohawk in Connecticut, Blue Hills outside of Boston - and some bigger places too, such as Jiminy Peak in western Massachusetts. Creeping into the northern tier, New Hampshire’s Attitash is in the climate change cross-hairs, as is Maine’s Shawnee Peak – the starter hill for many Portland families.

“And adding snowmaking capacity isn’t necessarily the answer,” Scott says. “We’ve seen that in the last couple of years where it’s just too warm or even when you do make it and it just melts so quickly so you’re throwing money out the door. So yeah they’ll have to look at how to diversify their revenues, and not every ski area is able to do that.”

One door closes, another opens, right? Particularly for the altitude-advantaged survivors – most ski areas in Vermont, New Hampshire and across northern Maine. That’s why one-time New England ski magnate Les Otten – he lives near Maine’s Sunday River – is building global warming into his 1.5 billion dollar proposal to revive a defunct resort high up in New Hampshire’s Dixfield Notch, called ‘The Balsams’.

It was never a ski resort, but an historic summer-time destination that Otten says is well set up to be resilient against climate change, with a golf course and nearby lakes and rivers to bring in visitors outside of the ski season.

“What we have to do is we have to create a winter that’s sort of equal to the summer,” Otten says. “And that’s the Balsams opportunity.”

The site is in a snowy sweet spot – that could enjoy reliable skiing days through mid-century at least. Otten says he doesn’t wish ill to others in the business, but he acknowledges that shorter and even terminal seasons at more southerly resorts could send skiers – and investors – his way.

“It’s a hard industry to succeed in and no one ever tried to take advantage or live off the disappointment of another,” says Otten. “But it is very clear to me from looking outside the ski industry is that global warming is very real, the effects are real and I think you have to plan for it.”

And diversification is now the name of the game – thus the proliferation of mountain zip lines, canopy tours, gravity coasters and golf courses. At Sugarloaf, its host town of Carrabassett Valley and a nearby non-profit called ‘Maine’s Huts and Trails’ are spending hundreds of thousands of dollars to “add summer” to the traditional winter-time destination, jointly developing a comprehensive mountain bike system.

“You go to parking lots at the trailheads and they’re filled up in the summer and we never saw that,” says Cota. “A lot is second-home owners; they’ve really got a reason to come back here. In fact what we’re starting to hear is that people are starting to buy property here because of the mountain bike trail development.”

One telling sign: restaurants that once closed down when the forest leafed out are now staying open year-round.

This is a part of our series on climate change called "Beyond 350." Coverage of climate change on Maine Public Radio is made possible by a grant from the Doree Taylor Foundation. 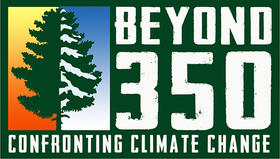 Legislators in Hartford are considering a state-wide "carbon tax" on fossil fuels, which could impact utility customers, car drivers, and businesses in the state.

From The Northeast Slopes To The West Coast: The Impact Of Our Changing Climate

But was the wet weather enough to hoist the state out of a long-running drought? This hour, we find out and ask whether the region can expect to see consistent dry spells.

President Trump's head of the Environmental Protection Agency says he does not believe that carbon dioxide is a major cause of global warming.

"I would not agree that [CO2] is a primary contributor to the global warming that we see," Scott Pruitt said Thursday in an interview with CNBC's Joe Kernen.