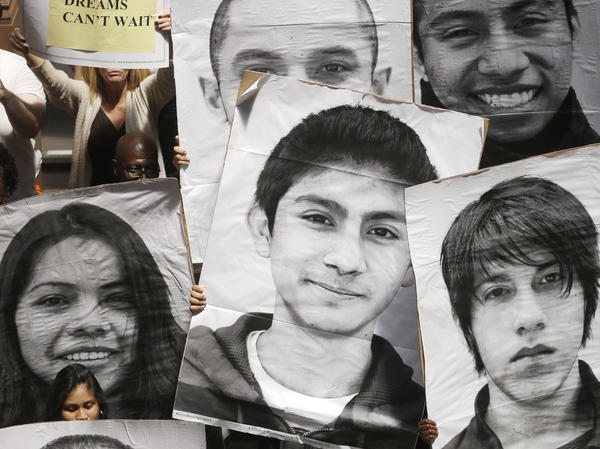 During her sophomore year at Southern Connecticut State University, Cinthia Perez and her younger brother dropped out. They decided to work full-time because the family was struggling to pay tuition out-of-pocket.

Perez said, “It was really hard for my mom, especially. She was like, ‘No, I want you guys to go to college because that would be the main key to help everyone in the family.’ But then we were like, ‘It was either that, or we’re just not going to have any food at home.’”

Perez and her brother are undocumented immigrants. Perez cleaned houses, worked in restaurants and baby sat for a semester. She saved enough to go back to school the next year, but her brother continued working in construction, returning to school part-time.

“He would have been, right now, a senior graduating. But he’s still currently a sophomore slash junior. Why? Because of sacrificing his education for mine,” Perez said.

A Connecticut bill that would let undocumented college students apply for financial aid from their schools has passed the state Senate and is now before the House.

Perez says this bill would help her brother qualify for institutional financial aid. The way institutional aid works is all students pay tuition, and up to 18 percent of it goes into a university’s pot for need-based scholarships. Perez says she wants her brother to be eligible to receive money from that pot that he’s already paying into, like any other student. Right now, undocumented students at state schools have trouble affording tuition because they also can’t apply for federal or private loans.

Republican State Senator Tony Hwang (R-28) says that would take financial aid away from legal residents during tough economic times. “How can we say to Connecticut residents and American citizens that we have just raised your tuition 15 percent, and at the end of the day, we are going to give financial aid without any consideration for you being a Connecticut resident.”

Still, the bill would not impact the state budget. Despite Republican opposition, the bill has passed the Senate. Perez says she’ll continue the fight for financial aid to help her brother.

“This will help him finish hopefully more on time, and earlier.”

Six other states in the country have similar laws, including Texas. Connecticut would be the first state in New England to adopt the law.

Students Rally to Support Financial Aid for Their Undocumented Peers

Joceline Tlacomulco came to Connecticut from Mexico when she was eight months old. She's now at the University of Connecticut pursuing a degree in music education, but she has to pay her own way.

A Standout Student, A Star At Goldman Sachs — And Undocumented

Julissa Arce was born in Mexico, and came to the United States on a tourist visa when she was 11. It expired a few years later — but Arce didn't leave. Instead, she excelled in high school and college, then secured a job at Goldman Sachs. Her ascent was dramatic: she rose quickly from analyst to associate to vice president.

But Arce was scared to go to work every day, worried that her undocumented status would be uncovered and she'd be escorted out.

José Anzaldo is a bright, cheerful third-grader in Salinas, Calif. He loves school, he's a whiz at math, and, like lots of little boys his age, he wants to be a firefighter when he grows up. He also entered the country illegally, and his parents are migrant farmworkers who harvest lettuce.