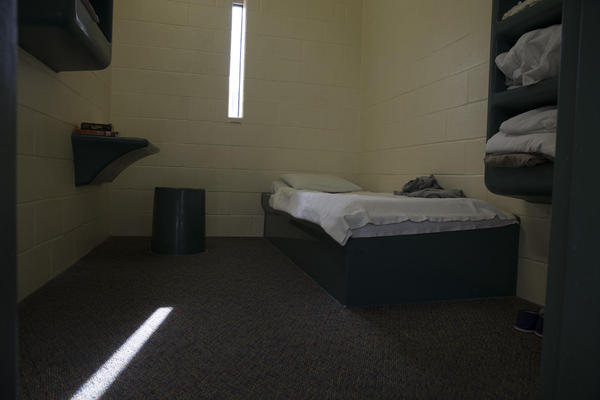 Connecticut is looking at criminal justice reforms to help the budget crisis. WSHU’s Tom Kuser spoke with  Senior Political Reporter Ebong Udoma and reporter Cassandra Basler about this in the third installment of our Friday series on regional politics.

Below is a transcript of their conversation:

One of the programs being looked at to reduce long-term state spending is closing the Connecticut Juvenile Training School, the state’s juvenile detention facility in Middletown.

Ebong, you’ve said in the past that Connecticut lawmakers generally don’t like to deal with controversial issues in an election year. What’s different this year?

EBONG: Well, Tom, this year it’s balancing the budget. And reducing Connecticut’s prison population is one way of saving money?

Democratic Governor Dannel Malloy is pushing a policy to divert thousands of 18- to 20-year olds away from the adult correctional system. He says a misdemeanor is the most serious offense in most of those cases. So he’s looking for alternative ways to handle them in the juvenile system.

Since 2010 the state has closed five adult prisons. Four of them under the Malloy administration. And now they’re looking at closing the state’s juvenile facility.

TOM: Cassandra, this isn’t the first time the state has talked about closing the juvenile detention facility. In 2005, then-governor Jodi Rell said she wanted it to close after kids rioted over how they were being treated there. It’s 10 years later, and we’re still deciding whether to close the facility. Has anything changed?

CASSANDRA: This time, closing the facility could help balance the budget. And it’s an easier budget cut to sell because people like the idea that we’re closing a kid prison. It makes Connecticut look more progressive.

On top of that, the state tried to reform the facility so it felt less like a prison for about a decade now. But a state investigation released last year showed that officers were restraining kids and locking them in solitary cells for hours and days at a time.

State Senator Dante Bartolomeo (D-Meriden) says she’d like to see kids treated better. She represents Middletown, where the juvenile detention facility is. She says the Department of Children and Families that runs the facility has already made big spending cuts over the past four years.

BARTOLOMEO: “They have I will say, 'saved' in quotes, about $100 million, right? And less than half of that has gone back into things like community supports. The rest of it has gone back into the general fund... Now, the problem I have with that is that I think what this population really needs is more of an emphasis on therapeutic treatment, rehabilitative treatment.”

TOM: So does that mean Bartolomeo wants the state to keep the facility open?

CASSANDRA: Right. She thinks the facility could stay open and offer more therapeutic programs. But the Governor already said he’d like to to close the facility by 2018. Commissioner Joette Katz says it could close even sooner.

TOM: Wow, that’s less than 1/3 of the kids who were locked up there at this time last year. So where are the kids going after they leave the detention facility?

CASSANDRA: Some are going back home or to other child welfare programs. But Representative Toni Walker (D-New Haven) says the state needs to figure out if those programs are keeping kids out of prison in the long run. Walker is on the Judiciary and Appropriations Committees. She wants to close programs that aren’t rehabilitating kids, and reinvest in agencies that do.

WALKER: “[But] what we have to do is look and see what the agencies are doing, evaluate them, and find out if they are cost-based and that they serve the population adequately so that the state of Connecticut is not just pouring money down a well.”

TOM: How much money would the state be saving?

CASSANDRA: It cost more than $50 million to run the Connecticut Juvenile Training School last year, or about $750 to keep one child there for one day. Someone who runs a juvenile rehab program in Chicago told lawmakers that it costs $75 a day to counsel a child in the community. That’s 1/10 the amount Connecticut spends right now.

A bill that would close the facility and draft a plan to put kids into cheaper community programs passed the Judiciary Committee this week. Walker says she expects it to pass the House and Senate soon.

TOM: Alright, let’s bring Ebong Udoma back into this discussion. It sounds like balancing the budget is making Connecticut lawmakers do some heavy lifting this year, Ebong.

EBONG: It is. And you know what they are doing it with bipartisan support, even in an election year.

Ebong and Cassandra, thank you.

EBONG and CASSANDRA: Thank you, Tom.

Jim King grew up in a military family and he intended to make the Marines his career.

On Monday, March 28, a federal judge may rule on whether immigration officials must allow two former Connecticut residents back into the country to talk about why they were deported.