Across Vermont, organizations are experimenting with new models to combat homelessness. In some communities they're being welcomed, but in others, there's been push back.

Last year, some towns rejected plans to open new shelters, while in other parts of the state alternative housing programs have been successful.

Federal housing vouchers pay for the tenants' monthly rent, and they can stay as long as they like.

Mitchell Butler has been living at Beacon Apartments for four months.

"Hopefully I'm going to be here for the rest of the year. And maybe stay longer," Butler says. "We'll see what happens, you know."

Beacon Apartments is  a long-term, supportive housing project along a commercial strip in South Burlington.

The housing trust built 19 studio apartments for the chronically homeless.

"I'm just grateful to have a place," Butler says. "When you're outside you're not mellowed out. It's more chaotic and stuff. But when you're inside, you can mellow out. You can read a book, or watch TV. It's cool."

Michael Monte is the group's chief financial officer and he says the housing offers a long-term solution for addressing homelessness.

"It might seem like an expensive proposition, but there are unseen costs that you don't see," Monte says. "There are costs by the police or by the emergency rooms, or by a range of other things in terms of services. It winds up to be less expensive to house people."

Things at Beacon Apartments have been going well, Monte says.

But just down Route 7, in Shelburne, the housing trust is locked in a zoning battle to keep another one of its projects open.

Harbor Place is also located in a former motel, and people who are homeless can stay there up to 28 days with state money covering the rent.

The Town of Shelburne says Champlain Housing Trust is violating its zoning permit because Harbor Place isn't a motel.

Champlain Housing Trust says people come and go and pay nightly rates, and it is in fact a motel.

The two sides will battle it out at a zoning hearing this month.

Sean Brown, the deputy commissioner at the Department for Children and Families, says similar debates will happen across the state as communities confront the thorny issue of homelessness.

He oversees the state's emergency assistance program, which pays for motel vouchers for the homeless.

The motel voucher program is expensive, and Brown says the state is asking service providers to try to come up with new ideas for their own communities.

"We've been going around meeting constantly with the different groups around the state," Brown says. "So we're saying, 'Here's what we know about who's homeless in your communities. Tell us what you would do to serve them, relying less on motels, but other types of housing arrangements.'"

The community alternative program got off the ground last year, and it forced some tough conversations.

In Rutland, an emergency winter shelter was rejected.

Overall, the motel voucher program cost the state less as some communities got their alternative programs off the ground.

But In Rutland, motel use was up this past winter.

Brown says talks in Rutland and in other parts of the state will continue.

"We recognize that these are difficult conversations for communities to have, and that we're sensitive to that," he says. "And our approach recognizes that. We're not coming in and imposing our solutions on a community. It's not smooth. It'll be bumpy. And you just work through those one at a time." 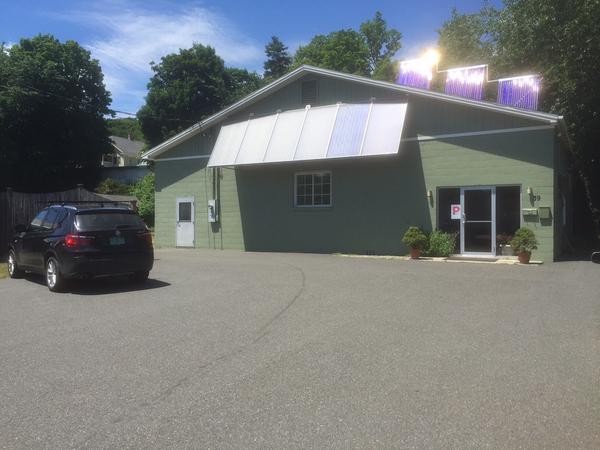 Groundworks Collaborative in Brattleboro is one of the groups that received a grant earlier this year through the alternative housing program.

Groundworks director Josh Davis says the money is being used to lease apartments where people who are homeless can stay for up to 90 days.

"This community decided that if the state gave Groundworks money we could rent out apartments," Davis says. "The state money would go to a private landlord and we'd be able to more easily connect people with services. It also costs the state less money, so it's kind of a win-win-win."

The southern Vermont community lost its location for a winter shelter at the end of last season, and Groundworks now hopes to purchase a building for a new 25-bed emergency shelter.

The Department for Children and Families is looking at applications now for alternative housing grants that will go toward next winter's projects.

As The Number Of Homeless Students Soars, How Schools Can Serve Them Better

When Caitlin Cheney was living at a campground in Washington state with her mother and younger sister, she would do her homework by the light of the portable toilets, sitting on the concrete.

She maintained nearly straight A's even though she had to hitchhike to school, making it there an average of three days a week. "I really liked doing homework," says Cheney, 22, who is now an undergraduate zoology student at Washington State University. "It kept my mind off reality a little bit."

How Will Connecticut's Budget Crisis Affect Efforts to End Homelessness?

When state governments  -- in Maine, Utah, and elsewhere  -- want to learn about ending homelessness, they often look to Connecticut.

According to the Connecticut Coalition to End Homelessness, there were nearly 11,000 people who experienced homelessness in Connecticut last year. Multiple organizations spend countless hours trying to make a difference -- and now, in New Haven, there’s a new program with a slightly different approach.