Upheavals in global markets will soon be felt in Vermonters’ pocketbooks. The international market for some recyclable material has crashed, and that has forced some municipalities and solid waste companies to start charging for recycling.

Much of the recyclable material in Chittenden County ends up at a building in Williston that houses a “materials recovery facility ” — or MRF. Conveyer belts move tons of paper, cans and bottles, while workers quickly sort through trash that should not have ended up in the recycling bin.

Michele Morris, director of outreach and communications at the Chittenden Solid Waste District, explains that even small amounts of trash – like a plastic grocery bag – in a bunch of mixed paper can gum up the machinery or contaminate the product with stuff a paper buyer doesn’t want. Other material that people think can be recycled is just plain dangerous.

Earlier this week, a small fire broke out at the MRF. While the cause is still unknown, officials suspect somebody tossed something hazardous in their recycling bin.

“You’ll see bins at the feet of the sorters full of stuff that shouldn’t have come here that they’re pulling off the line, like propane canisters and batteries from hand tools. Those are a real problem here," she said. 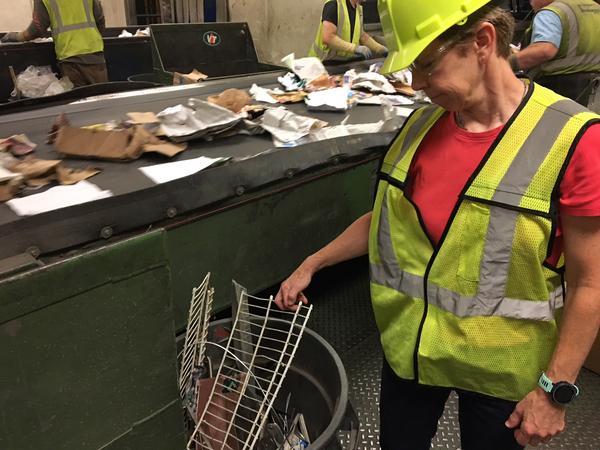 Morris and other solid waste officials say the hazards in trash highlight the need for education. People need to know what belongs in a recycling bin and what does not — and they need to get better at reducing how much waste they generate.

"Our first line of defense is for people to reduce the amount of" trash and recycling, Morris said.

The need for education with a focus on waste reduction has gotten even more acute recently as disruptions in global markets have rocked the garbage business.

For years, China was a major market for the vast majority of U.S. recyclable materials. But earlier this year, it cracked down on what it would accept. And it imposed strict standards on contamination – so even something like a plastic bag in a bale full of mixed paper was considered unacceptable. 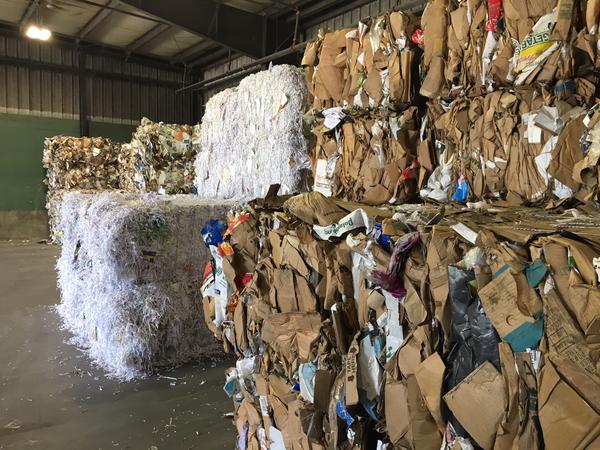 Reeves said China’s rejection of material it considered contaminated has had a profound effect on the economics of recycling mixed paper – that’s your junk mail, newsprint, magazines and office paper.

Last summer, the district could sell that stuff for $75 to $100 a ton. But this summer?

“We’re now paying about $55 a ton to get that material onto a broker who can then try to further sell it into the marketplace,” Reeves said. “So that’s a huge swing, right? You know, upwards of $100 a ton down to paying $55.”

The district raised its prices for haulers. And that higher fee will be passed on to local residents. Jonny Finity, the marketing and communications manager at Chittenden Solid Waste District, ran the numbers.

Reeves said Vermont is fortunate because unlike on the West Coast, waste handlers here have local markets in the U.S. and Canada for other recyclable material like plastics.

“So there is a market — a very strong market — for clean, quality material," Reeves said. "And that’s really the key." 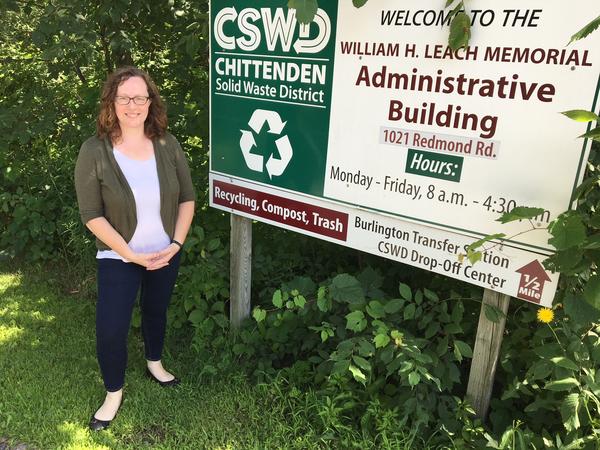 Cathy Jamieson, solid waste program manager at the Vermont Department of Environmental Conservation, has been following the market changes closely. She said the main impact has been the crash in the mixed paper market as China rejected U.S. material. But domestic markets have been affected as well.

“The other impact from the China policy is that our domestic market is flooded with recyclables. And when the supply goes up, the price goes down,” Jamieson said. “So the value of recyclables has dramatically decreased. But we’re hopeful that will right itself hopefully in the near future.”

Casella Waste Systems operates transfer stations and owns the state’s main landfill in Coventry. The company is a big player in the trash business with recycling facilities and drop-off locations throughout the Northeast. Casella Vice President Joe Fusco said changes in the global market have upended the recycling business.

“The economics have changed so dramatically that we now have to kind of weigh, is it worth it? Are the benefits that we get environmentally worth the economic cost that we’ll have to pay?" he said. "And so I think one thing everybody is preparing themselves for is that this is suddenly, this is going to be more expensive." 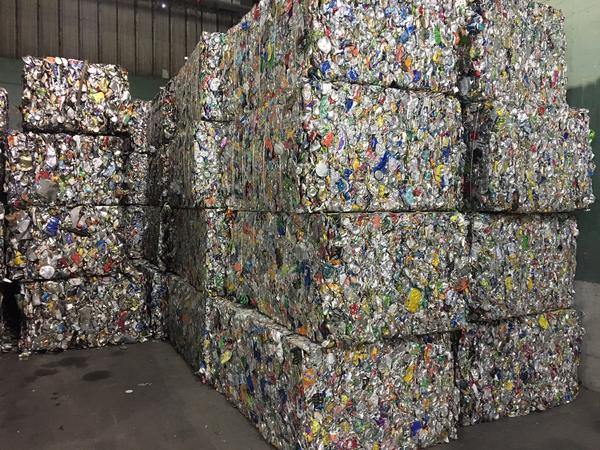 Which brings the focus back to consumer. If people generate less trash, they’ll pay less to throw it away.

And please, those in the business say, keep your recyclables clean and uncontaminated. That results in a better product, and it’s safer for the people handling your trash.

Correction 12:06 p.m. 8/3/2018 The headline and lede "global markets" references have been updated to distinguish more clearly between "garbage" and "recycling." And the final photo shows bales of aluminum and steel, not plastics — that caption has been corrected.

New England governors and premiers from eastern Canadian provinces plan to stress cross-border cooperation, not confrontation when they gather this week in Stowe.